In these COVID-19 times, concerns about Div 7A applying are understandable. Some borrowers are facing circumstances beyond their control, and even making the minimum yearly repayments required under complying loan agreements may be out of reach.

The ATO has announced that it will allow extensions to the repayment period for those borrowers who are unable to make their minimum yearly repayment (MYR) by the end of the lender’s 2019-20 income year under section 109RD.

The ATO says borrowers can request the extension by completing an application form which, when approved, will confirm that the shortfall in MYR will not be a deemed dividend if the borrower pays the shortfall within the extended time. After lodging the form, the borrower will be asked to confirm the shortfall, stating that the COVID-19 situation has affected them and that they are unable to pay the MYR as a result.

When the ATO approves an application, it will let the borrower know they will not be considered to have received an unfranked dividend — but this is subject to the shortfall being paid by 30 June 2021. The ATO says it won’t be necessary to submit further evidence with the application.

Also worth noting is that the Commissioner’s decision to extend the time to pay the shortfall does not alter or amend the loan agreement with the lender. This includes penalty interest remedies for default under the loan.

The ATO advises that if anyone has general queries on the administrative relief for Division 7A, they can email PWDiv7Arelief@ato.gov.au.

Rosie Squibb is a member of the Chartered Accountants Australia and New Zealand, CA SMSF Specialist, Fellow of The Tax Institute and Registered Tax Agent.

Liability limited by a Scheme approved under Professional Standards Legislation. 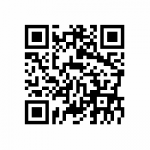